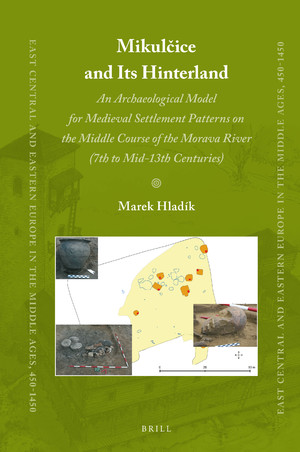 Mikulčice and Its Hinterland. An Archaeological Model for Medieval Settlement Patterns on the Middle Course of the Morava River (7th to Mid-13th Centuries)

In Mikulčice and Its Hinterland, Marek Hladík presents an archaeological model of social and economic relations in Great Moravia, which is built on an analysis of the settlement structure near one of the most significant centres of Great Moravia, the Mikulčice-Valy agglomeration. The book offers the first systematic and conceptual view of Mikulčice’s relations with its economic hinterland. The author uses multidisciplinary research to interpret and understand the importance of the natural environment for the landscape settlement strategy, and to understand the relations between the fortified centre and its rural surroundings. Important methodological tools used by the author to answer the examined questions include non-destructive archaeological research, statistical modelling, and spatial analyses in the GIS environment.

Chapter 4. Settlement and Structure of Settlement—Definitions and Limitations
24–32

Chapter 6. Settlement of the Basin on the Middle Course of the Morava River during the Early Middle Ages—General Model (Tested Hypotheses) and the First Preliminary Model
49–164

Chapter 7. The Settlement in the Southern Part of the Lower Morava Region during the Early Middle Ages (Testing of Models)
165–250

Chapter 8. The Southern Part of the Lower Morava Region during the Early Middle Ages—Syntheses, Interpretations and Models
251–320